Each trophy is awarded to the school with the largest total points for outstanding participation and achievements in sport in School Sport SA's secondary programs.

All schools affiliated with School Sport SA are eligible to enter.

The emphasis of the Howard Mutton awards is on participation, not winning.

The criteria are involvement and success in:

The Memorial shield is based on general school participation over a wide range of activities and allows for the size of the school population.

Points are calculated by zone convenors and School Sport SA. Sports coordinators do not need to fill out any forms as all points are automatically entered after each event. The winning schools are announced at the beginning of the new school year.

About Howard Mutton and the awards

Howard Mutton championed the cause of increasing participation of young people in physical education and sport in education department schools for over 20 years. In his work as president of the SA Secondary Schools Sport Association, head of the Physical Education branch and superintendent of Health and Physical Education, he was a mentor to many aspiring young sports people and influenced the training of physical education teachers.

He was passionate about the social value of involvement in sport and believed that there was a place and level of participation for anyone who wanted to have a go. He participated at state level in cricket as a player and coach and excelled as coach of the state team of the South Australian Amateur Football League for many years.

Howard saw the humour in sport too and is famous for some of his sporting stories ­– most of which are true.

It is fitting that his legacy is recognised through this award. 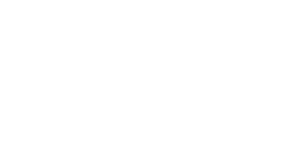